June Buggie is NOT a Belieber! Here’s Why!

MEOW! My name is June Buggie, and I have something to say.

You make me wanna cough up a hairball in your shoes, Bieber!

If you’re a Belieber, this post is not for you.

So someone gave Justin Bieber this baby Capuchin monkey. And Bieber, being the responsible new caregiver for this animal, flew into Germany WITH the monkey but WITHOUT first getting the proper approval. The monkey was quarantined by German officials.

And then what happened?

Bieber went on his merry little way, leaving the monkey behind. Let the Germans worry about it, right? 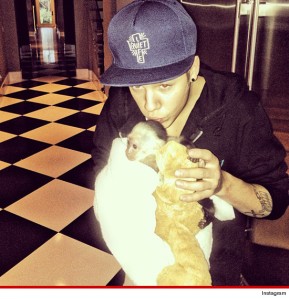 This pic was tweeted by Mally Mall

Bieber has until May 17th to provide the proper paperwork to Germany to prove Mally is his. For now, the monkey is in a shelter in Germany.

News reports indicate Bieber’s handlers tried to find a zoo to take the monkey. Are you serious? Obviously they need to get out more and soak up some reality. You can’t just put a monkey that hasn’t been socialized with other monkeys into a zoo environment. That will mean much work on the part of zoo staff. I guess they just assume that since they bend over backward for the brat, everyone else should too.  *rolls eyes*

Oh, and lest you think this is an isolated event, Bieber is also alleged to have, out of the blue, given away his pet hamster to a fan THAT HE DIDN’T EVEN KNOW!

So this is how the world thinks us animals should be cared for? A few photo-ops, then pass us off for someone else to worry about?

I hope you think about THAT next time you fork out hundreds of dollars for your kid to go to one of this clown’s concerts.

Which will be more than Bieber does. He doesn’t seem to think at all.

I'm Jen, caregiver to the late, great Rumpydog and now to some rather pesky kitties. You can follow us on Twitter - @FineMellowFella and @HissyFitJones. And don't forget to LIKE our Facebook pages! Thanks!
View all posts by Rumpy's Kitty Siblings »
« Hairball- It’s Not Just a Term of Endearment!
Why is DeDe So Excited???? »

90 thoughts on “June Buggie is NOT a Belieber! Here’s Why!”