Why Does Saudi Arabia Earn a Purr This Week?

It’s time for another edition of Hisses and Purrs! Each week we run down the good, and not-so-good, in animal welfare.

This week we have guest hisses from Graybie Baby, and guest purrs from none other than Malachi. Are you ready Graybie? 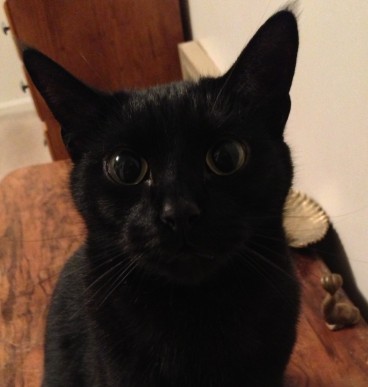 Are you frickin’ kidding me?

Last week we hissed Jean-Claude Savoie,owner of Reptile Ocean pet store in Campbellton, New Brunswick, after learning two children were killed by an African rock python in his home. We have since learned the python was not for sale in his store, but was  kept in his apartment. He also had other reptiles that a former employee claims Environment Canada officials asked him to keep. Savoie had no permit for the python.

Kiev, Ukraine, has a problem with stray dogs. They also have a problem with people taking matters into their own hands and killing the dogs by shooting or poisoning them. A public uproar over the practice erupted prior to Euro 2012. Austrian Vier Pfoten (Four Paws) was allowed in to neuter and vaccinate the dogs, but after the football game ended, world attention was diverted elsewhere. Vier Pfoten staff were threatened and the government failed to take steps to protect them, so they left. Now the killing of the dogs continues unabated, and there is concern the poison could kill family pets or even children.

Unilever is in hot water in the UK after an advertising campaign for Marmite left a bad taste in the mouth of animal rescuers. The ad showed so-called rescue workers saving Marmite from the backs of people’s cupboards and taken to rescue centers where it could be adopted by more deserving families. Unilever has tried to stave off the negative publicity with an 18,000 pound donation to the RSPCA (you can watch the video here).

UK Prime Minister David Cameron has said that culling badgers is the right thing to do. He told BBC Radio 4 that the cull will go ahead to avoid the consequences of bovine tuberculosis, which is partly spread by badgers. Two pilot culls in Cloucestershire and Somerset are planned to begin this month, and will kill 5,000 badgers.

The South Newton Township of Cumberland County, Pennsylvania, has an abundance of feral cats, and one of those cats bit a child. The cat had rabies. So now the township is going to pay a company to trap all the feral cats, then kill them. Town citizens are divided on the plan. You can tell the town you oppose their plan by signing the petition at Change.org.

Whoa! You’ve got my hackles up now Graybie! I think we need some good news. Can you help us out, Malachi? 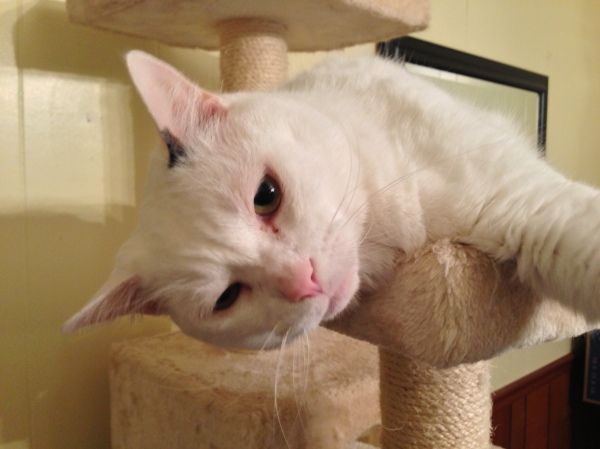 India will ban the use of animals in circus shows. Wild animals have been banned from circuses for over 10 years, and now horses, camels, and dogs will also be banned from forced performance. If only the US would make such a bold move.

The Obama Administration peed on the plans of the Georgia Aquarium to buy 18 recently-captured beluga whales from Russia. NOAA Fisheries refused to approve the sale because it was unknown how the capture affected the numbers of whale population, the capture meant the animals were taken beyond what permits allow, and the age of some of the whales meant they are still nursing and therefore are not independent.

Member states of the  Cooperation Council for the Arab States of the Gulf, also knows as the Gulf Cooperation Council, have developed an animal welfare system. Member states include Saudi Arabia, Bahrain, Kuwait, Oman, Qatar, and the United Arab Emirates. The system requires that animals be kept safe and in suitable accommodations to meet their needs. Animals must be checked on at least once daily. Those who violate the agreement will face a fine and have their names published in the newspaper.

Sarasota, Florida, police officer Derek Conley, with the help of some hotel visitors, scooped up approximately 100 hatchling sea turtles from the street and around a hotel and released them into the ocean. He also called two area marine rescue groups. It’s believed the turtles moved toward the hotel because they are drawn to the brightest spot.

Matt Webber and Courtney Dillard of Portland, Oregon, vacationed in Huanchaco, Peru, in 2009. While there they befriended a sweet lab with an infected leg. While trying to obtain care for the lab, they saw the problem of homeless animals in the area. They returned home, vowing to find a way to help. They formed the nonprofit Perros Project, and have raised funds to spay/neuter homeless dogs and cats. They’ve returned three times so far. You can learn more about the Perros Project at their website.

Your turn. Who do YOU think warrants a hiss or a purr this week?

I'm Jen, caregiver to the late, great Rumpydog and now to some rather pesky kitties. You can follow us on Twitter - @FineMellowFella and @HissyFitJones. And don't forget to LIKE our Facebook pages! Thanks!
View all posts by Rumpy's Kitty Siblings »
« I’m So Hungry I Could Eat A Cow!
Wordless Wednesday- With Rumpy Memes! »

26 thoughts on “Why Does Saudi Arabia Earn a Purr This Week?”