Australia: Taking Animal Welfare Back to the Dark Ages!

Welcome to this week’s edition of Hisses and Purrs, where our resident experts Hissy Fit Jones and June Buggie run down the good, and the not-so-good, news in the world of animal welfare. First up, Hissy Fit Jones is really hot- and he’s not even a government employee forced to work without pay! 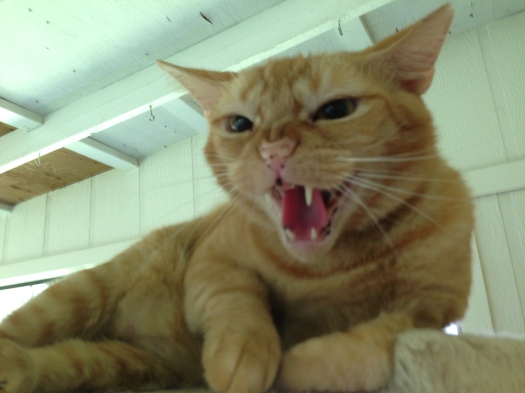 I am spitting mad!!!

Hisses to Ary Borges of Brazil, who is currently fighting in court for his right to keep the large cats he maintains in his small home in a southern Brazilian city. Borges has a license to keep the two lions, two tigers, and monkey that he owns, but he illegally bred the tigers, and now Brazilian wildlife officials want to take away his right to keep the large cats. Borges is trying to make himself sound like a hero, but if he’s breeding, he’s a loser in my book.

Hisses to Australia’s livestock lobby, who is pressing Opposition Leader Tony Abbott and Prime Minister Kevin Rudd to remove the charity status of Animals Australia. The lobbying group claims AA caused damage to Australian farmers and Australia’s international trade reputation through its’ campaign to ban live exports, and that it does not spend any money on actual animal welfare. Sounds like they’re playing the same game the US agricultural industry lobby plays.

We continue to hiss at the poachers at the Zimbabwe, Hwange National Park, who placed cyanide-laced salts around a watering hole frequented by elephants. The death toll has reached over 100 so far, and that is just the elephants. Other animals will also most certainly die as they visit the watering hole or dine on the elephant carcasses. Death by cyanide is slow and painful, and the poachers remove the tusks while the elephants are still dying.

And hisses to Malcolm Walter, founding director of Australian Centre for Astrobiology School of Biotechnology and Biomolecular Sciences. In a recent opinion piece on Iran’s plans to send a Persian cat into space published in The Conversation, Walter wrote, ” What a good idea – how about launching Australia’s whole cat population on a one-way mission to nowhere! It would save millions of native animals from ending up as catfood.” Gee, Australia, you really got it out for us animals lately, don’t you?

I think I want to puke after all that, Hissy! Please, June Buggie! Give us some good news!!!! 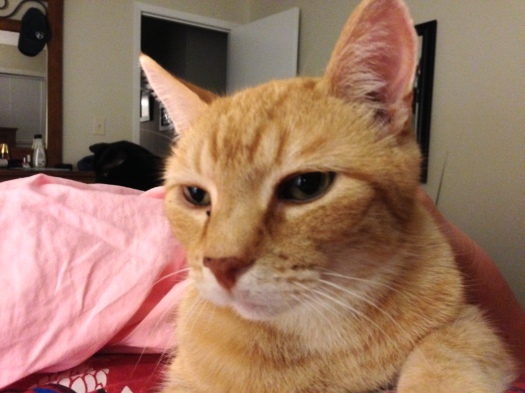 It’s not all bad out there.

Purrs to the Maryland jury that awarded a Frederick County family $620,000 in their lawsuit againt Frederick County sheriff deputies for an unconstitutional search of the family’s home and for shooting the family dog. The dog survived but will require special medical care for the rest of its life. Not surprisingly, the deputies are appealing. What IS surprising is that The American Veterinary Medical Association (AVMA), the American Kennel Club (AKC), and the Cat Fanciers’ Association (CFA), have all filed Friend of the Court Briefs asking that the award for emotional distress be thrown out.

Purrs to NBC Sports Network for cancelling the show Under Wild Skies, a show sponsored by the NRA and hosted by NRA gun lobbyist Tony Makris. Animal welfare advocates rightfully became outraged when a recent episode showed Makris shooting and killing an elephant in Botswana, and then drinking champagne. When animals rights advocates began petitioning NBC Sports to cancel the show, Makris replied that advocates are “animal racists,” and compared us to Hitler. And THIS is why I don’t like the NRA.

Purrs to the The Assiniboine Park Conservancy in Winnipeg, for accepting 16-month-old Hudson the polar bear into it’s zoo program. Hudson had chased and bit a man in Manitoba last month, and therefore was deemed to dangerous to remain in the wild. Had the not agreed to do so, Hudson would have been euthanized.

And this one gets neither a hiss or purr, but I just have to share it with you. Kentucky woman Patricia Ritz, convicted multiple times on animal cruelty charges, recently died, and, ironically, got her comeuppance. Her death left her 39 wolf-hybrid dogs without food, so….. they ate her. After her past convictions, Ritz was still allowed to keep animals, provided they were spayed/neutered, and yet no one followed up, because the numbers of dogs she owned kept rising. The dogs will not be made available for adoption, but will instead be placed in sanctuaries.

Your turn. Do YOU have any hisses or purrs to add this week?

I'm Jen, caregiver to the late, great Rumpydog and now to some rather pesky kitties. You can follow us on Twitter - @FineMellowFella and @HissyFitJones. And don't forget to LIKE our Facebook pages! Thanks!
View all posts by Rumpy's Kitty Siblings »
« Oooohhhhh!!!! Chocolate!
Shutdown Blues? Help is on the Way! »

29 thoughts on “Australia: Taking Animal Welfare Back to the Dark Ages!”