Can You Put an Elephant in the Oven in Alabama?

Greetings from the US, where we all agree on one thing- that we can’t agree on anything! 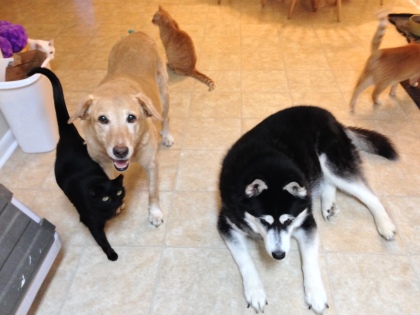 If only people got along as well as cats and dogs.

Why is that? We are a diverse people with many beliefs, and as such, we’re bound to disagree on some issues.

Another reason is that many of us take the word of people who are in positions of authority as truth without checking it out. I mean, if a news reporter, or a politician, or a talking head on TV says it, it MUST be so. Right?

For instance, there’s a web site called Stupid Laws. It runs down laws across the country that are silly, or funny, or ridiculous.

According to Stupid Laws, it’s against the law in the State of Alabama to put an elephant in an electric oven.

I don’t think my oven is big enough to hold an elephant, so they’re safe at my house.

I’m sure you can trust a source like Stupid Laws, even though they didn’t link to the law or explain where they got their info. But…….

I was born and raised in Alabama, and I have never heard of this law. So I did some checking. First, I went to Alabama state law online. Reading law isn’t as daunting as you might think. Online sites have a search option. I looked through the section of law dealing with animals.

Nope, no elephants will fit in my toaster oven either.

And since I’m not a lawyer or politician, I also contacted the Alabama Supreme Court and State Law Library, and asked them if they knew of any such law.

The verdict? There may be a law on the books in a county or town, or some court in the state may have ruled that some law unrelated to animals had an impact on elephants being put in electric ovens, but it is not against Alabama state law to put your elephant in an electric oven.

Though I would hope you’d never do that to an elephant.

The moral of this story? Do your homework. That’s the only way you’re going to find out if the teacher is right or wrong.

I'm Jen, caregiver to the late, great Rumpydog and now to some rather pesky kitties. You can follow us on Twitter - @FineMellowFella and @HissyFitJones. And don't forget to LIKE our Facebook pages! Thanks!
View all posts by Rumpy's Kitty Siblings »
« Shutdown Blues? Help is on the Way!
Friday Memes- Featuring Rumpy!!!! »

24 thoughts on “Can You Put an Elephant in the Oven in Alabama?”

Leroy is sleeping with the fishes - the catnip kicker fish that is. It’s his favorite.