A Tale of Two Commercials

It’s time for the Big Game! You know, the one that’s played to showcase lots of commercials? 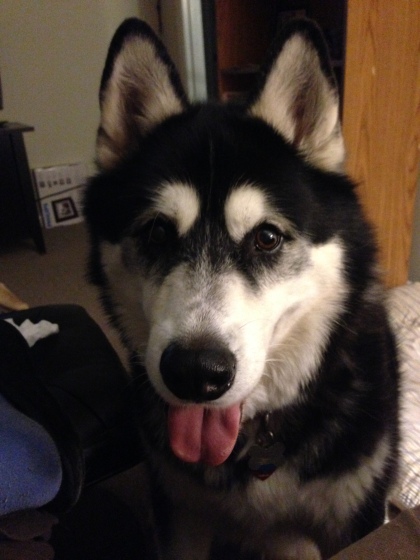 I think I’ll sit by Jen to watch the game.

Now I don’t have anything against advertising, per se, because that is what spurs our economy in the US.

But I do have a gripe with some of the hype around the Budweiser commercial they’re calling “Puppy Love.”

Don’t get me wrong, I think it’s a well-crafted commercial that does what it’s designed to do- tug on your heart-strings.

But do not for one minute tell me that commercial promotes pet adoption, because I don’t see it.

What I see is a bunch of puppies of one breed kept together in a pen, and one keeps running off. Sure, there’s a sign that says “puppy adoptions,” but how many people do you know that drive out into the countryside to adopt from a rescue group? And what reputable rescue forks over a pup if you hand over a wad of money? Nah, the commercial looks and smells like a breeder.

And I’m not the only one that thinks so. Reviews in the International Business Times and the Examiner identify the young woman as a breeder.

On a different note, what do you think those puppies have been through to be able to do all that “acting” so young in life, and what happened to all the puppies that didn’t measure up? Can’t ask the Humane Association, can you? They give everyone a passing mark.

By contrast, the commercial for Audi is ALL ABOUT animal welfare. From shady pet store selling pets and promoting cross-breeding, to calling out the dangers of such an undertaking, to the end where the couple are back in their Audi after having adopted a perfectly adorable “mutt” from an animal rescue. Even Sarah McLaughlin is there! And who is more animal welfare than her?

So enjoy the show. Be entertained, as you most certainly will.

But don’t tell me that Budweiser is promoting anything but the sale of beer.

I'm Jen, caregiver to the late, great Rumpydog and now to some rather pesky kitties. You can follow us on Twitter - @FineMellowFella and @HissyFitJones. And don't forget to LIKE our Facebook pages! Thanks!
View all posts by Rumpy's Kitty Siblings »
« We’re On the Air!
Best News I Heard All Week! »

32 thoughts on “A Tale of Two Commercials”