//
you're reading...
Best News I Heard All Week

The Best News I Heard All Week!

Welcome to Nepal, home of this week’s awesome news.

Nepal has rhinos, tigers, and elephants that live within its borders.

But one thing it doesn’t have is poaching.

You read it right. For the year ending February 2014, Nepal had NO incidents of poaching. Add that to 2011 when there were no incidents, and 2012 where one rhino was lost to poaching.

Numbers for these animals have risen, while they continue to be hunted and killed in other countries, such as South Africa. 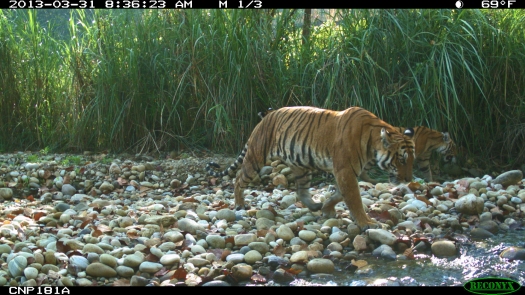 That doesn’t mean poaching doesn’t go on in Nepal; It was recently announced that owl poaching is a serious problem there.

But for the large animals that are almost extinct, the news is good. Very good.

I'm Jen, caregiver to the late, great Rumpydog and now to some rather pesky kitties. You can follow us on Twitter - @FineMellowFella and @HissyFitJones. And don't forget to LIKE our Facebook pages! Thanks!
View all posts by Rumpy's Kitty Siblings »
« Animal Hoarding at a Northwest Florida High School?
The Things that Keep Me Up at Night….. »

18 thoughts on “The Best News I Heard All Week!”