Recently I received an email touting “research” proclaiming that most people that try static collars are happy with the results. The press release was sent by PetPR.com on behalf of Radio Systems® Corporation (RSC), the maker of PetSafe®,Invisible Fence® and SportDOG™

According to the press release from PetPR.com, “The survey of more than 1,000 pet owners reveals 86 percent of pet owners who use static stimulation collars have used them for a pet life-saving purpose including safely keeping their pet in the yard.”

For those of you not hip to the marketing ploy, this is just a clever way to describe shock collars and mats, including invisible fencing. 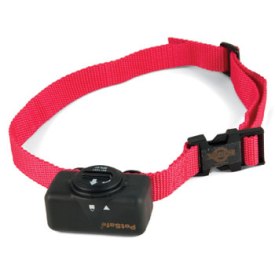 This is the PetSafe Bark Control Pet Training System sold at Petco.com. For those too lazy to train their dogs in less harsh ways.

Personally, I despise these things. Do you really find it acceptable to shock your dog or cat to control them? Would you do that to your child? When why do it to your companion animal? But the industry claims it has “changed” and is now a safe alternative.

So I went looking for said research at the Partnership for Electronic Training Technology (PETT) website, as suggested in the press release.

Under the research tab, they state that, “In June 2012, a review of the historic studies conducted by the Companion Animal Welfare Council (CAWC) concluded that there was insufficient scientific evidence to indicate any damaging effects of electronic collars on the welfare of dogs.” In other words, they can’t prove it DOES affect dogs, but they also can’t prove that it DOESN’T.

Well, I can. I once tried to rehome a dog. I got a call a few weeks later asking me to come get the dog because things weren’t working out. When I arrived at the home, I found a terrified dog contained in a yard by an invisible fence. It was heartbreaking to see. I tore the collar off and the dog RAN to my car. 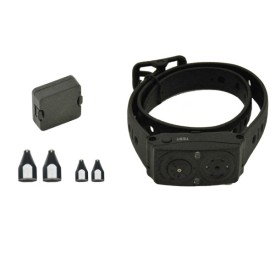 High Tech Bark Terminator 3 Bark Control Dog Collar sold at Petsmart.com. If it’s so safe, why is the name so menacing?

Anyway, back to the research. DEFRA, the Department for Environment, Food, and Rural Affairs of the United Kingdom, in 2010, paid the University of Lincoln almost £70,000 to determine the impact of shock collars in training on dogs as opposed to dogs trained without shock collars. UK readers, here’s your tax dollars at work!

So PETT claims this shows shock collars work just as well as training without shock collars. Which leads me to ask, if they work no better, why would you waste your money on one?

I'm Jen, caregiver to the late, great Rumpydog and now to some rather pesky kitties. You can follow us on Twitter - @FineMellowFella and @HissyFitJones. And don't forget to LIKE our Facebook pages! Thanks!
View all posts by Rumpy's Kitty Siblings »
« Tacky Gifts: Dot-to-Dot for Grown-ups?
The Secret Monkey Breeding Facility Florida Doesn’t Want You to Know About »

38 thoughts on “The “New Age” of Shock Collars: Are Static Correction Collars Safe?”