Showing a Little Gratitude for My Natural Surroundings

It’s the weekend before Thanksgiving! Time to rest up for Wednesday night- the biggest bar night of the year. Yep, it surpasses New Years’ Eve even! To be followed by Thursday’s eat-a-thon, then Friday’s shopping madness. Yeah, we sure know how to show our gratitude. 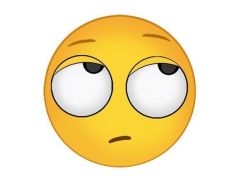 Ah, but we each have a choice as to how we spend our free time. And how many of you really need a cheap television?

Here in Tennessee, Black Friday guided hikes are being offered at each of our 56 state parks. I signed up for one where I’ll learn about the forced removal of the Cherokee from these lands. And while I was checking out the offerings, I found another hike in December to explore an Indian mound complex. What a way to simultaneously exercise my body and mind!

State parks also educate us about local wildlife and ways the parks are working to protect native species as well as as their habitat. I noticed several offerings geared toward bird-watching and plan to include one of those treks in my future. I love birds, though I don’t know as much about them as I’d like, so this would be a great chance to learn about birds in the area.

And park staff are amazing! When I called to inquire about the Indian mound hike, the park ranger I spoke with talked to me maybe 10 minutes about the hike and even gave directions on how to get to the trailhead. He also told me I chose a great time to visit the area because this particular site will be featured in an upcoming Nat Geo show and should see much more traffic come January.

Federal and state parks are one of those contentious issues that was thrown up during this election. Now would be a good time to enjoy a park, because we may not have them for much longer.

I'm Jen, caregiver to the late, great Rumpydog and now to some rather pesky kitties. You can follow us on Twitter - @FineMellowFella and @HissyFitJones. And don't forget to LIKE our Facebook pages! Thanks!
View all posts by Rumpy's Kitty Siblings »
« It’s Alive, and OMG!!!
Take the Stress out of De-Stressing the Holiday »

7 thoughts on “Showing a Little Gratitude for My Natural Surroundings”