Conservatives, Liberals, and the Rest of Us

When I was a little girl I was told that if I just worked hard, I’d be rewarded for my efforts. I’ll bet you learned that lesson too.

Little did we know it was all bullshit.

We worked harder and harder, but our wages didn’t match the cost of living, so we were losing. Then the economic collapse came and we lost even more- our jobs, our homes, our savings.

And here we are 9 years later and we’re told that things are better now. But they’re really not better for many of us, while those responsible for sucking away our life savings have paid little to no consequences whatsoever.

This is where liberals and conservatives agree. For many of us, things still suck.

Where we diverge is in deciding upon whom we lay blame for things being the way they are. 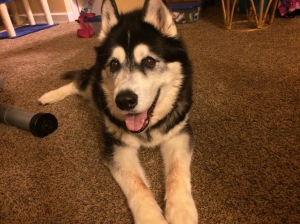 I believe dogs are far wiser than any human. I mean, have you ever heard of a dog calling another dog an asshole?

Arlie Russell Hochschild, professor emerita of sociology at the University of California-Berkeley, spent 5 years getting to know conservative folks in Louisiana as a way to help her understand the difference in world view between liberals and conservatives. She wrote a book about the entitled Strangers in their Own Land. She also wrote an article about her findings for Mother Jones.

Dr. Hochschild says that for conservatives, the line to the American Dream has been broken by people who have not worked near as hard as the ones behind them. Immigrants, especially undocumented ones. Refugees. Blacks. Those living on disability. Uppity women. And these line-breakers are getting to the dream faster at the expense of the rest of us. Obama made things worse because he let all these people break line, but Trump’s going to send them to the back of the line where they belong.

Liberals believe the line to the American Dream is backed up not because of line-breakers, but because the American Dream no longer exists; the rich are getting richer at the expense of the rest of us. And there is nowhere to turn to for help. Our government sides with the Rich over us because the Rich have paid the politicians off. Money has led to corruption so deep and ingrained within our government that nothing less than a revolution is needed to clean things up and make government about the people again.

So which side more closely resembles my beliefs? Both. And neither.

Let’s stop disagreeing on how the pie is made and all agree that chocolate pie is delicious (this one happens to be vegan).

Like conservatives, I believe there are lots of people getting stuff they shouldn’t be getting. Like people who get disability checks who are no more disabled than I am, or who abuse and/or neglect their children in order to draw a check off their children. To be clear, most people who get disability payments warrant it. It’s that one or two that don’t that piss us off. Honestly I don’t care which adults get payments, but falsely labeling children for economic advantage is just wrong.

But I believe it’s wrong to lay blame on others without also taking a good hard look at ourselves. A 2015 study by the Pew Research Center found that when you look at things from a global perspective, 56% of Americans are in the high income bracket, 32% were upper-middle income, 7% were middle income, 3% were low income and 2% were poor. In comparison, in the rest of the world 56% were low income while 15% were identified as poor.

And yet, the more we have, the more we want. We’re like spoiled children who are each given a cookie, then cry because someone else’s cookie was bigger. And when others disagree with our assessment of cookie size, we resort to calling each other names. I mean, have you read the comments beneath a political article lately? Sounds like a bunch of preschoolers. At least preschoolers can play nice once in awhile. People posting on dating sites are specifying political belief requirements for potential partners.

Now lest you religious folks out there start saying, “Amen,” I think this moral crisis is not going to be solved by you. Some are truly trying to live a moral life. But some use religion as a cover for their wicked ways, as though saying Jesus’ name makes it OK to treat other people like shit. Living your faith is an example for the rest of us. Forcing your religious beliefs on others in the name of Jesus, or Allah, or the Flying Spaghetti Monster, is forcing a theocracy upon us. In the words of Pope Francis, better to be an atheist than a hypocrite.

So why do we keep blaming each other for our problems, when the solution is right under our very noses?

I mean, if we Americans really want manufacturing jobs to return, it’s within our power to make that happen. All we have to do is quit buying all that cheap imported shit that “saves you money,” and insist our favorite stores carry American-made items. Yes, American-made is more expensive, but if we bought more, the price would go down.

We have the power to change our government, but we’re not going to facilitate that revolution if we keep voting for the same politicians to go back to D.C. over and over again. How long has Mitch McConnell been in the Senate? Since 1985. Charles Schumer was elected to Congress in 1980 and to the Senate in 1998. And you think either one of them is going to change things? No, each is going to make sure his party wins the next election.  But don’t blame them; they’re in office because people voted (those who bothered to vote) to put them there again… and again… and again…

If you think abortion is immoral, don’t have one. But telling a woman that she should be the host for a fetus because she got pregnant, even if the pregnancy was the result of a rape, is just ridiculous. And if you only would put yourself in the shoes of a woman of color whose enslaved female ancestors were repeatedly raped and forced to have children so those children could also be forced into slavery, you’d see how telling them that they must carry that fetus to term cuts to the bone.

There’s nothing wrong with working for more, but  that doesn’t make you any better than the rest of us. You don’t get to always ride in the front seat. Sometimes you just have to take your turn in the back. In the end, you still get where you’re going.

I believe it’s time we stop rewarding selfishness masquerading as success, and started rewarding those traits the great religious and spiritual leaders all agree on: kindness, generosity, and compassion for others. Bankers really shouldn’t make more money than day care teachers. If we valued good daycare teachers, that would have a far more positive impact on the future of the planet than greedy bankers in nice suits.

It’s time we stopped living in fear of losing what we have and instead feel grateful we at least have it today. Let’s stop acting like nothing bad is ever going to happen to us and start making the most of NOW instead of existing for that magical “some day” that for many of us never comes.

I believe it’s time to stop thinking only of ourselves and put ourselves in someone else’s shoes. The prayer of St. Frances asks to be reminded that it’s better to understand than to be understood. Steven Covey says this is one of the 7 habits of highly effective people.

Let us as a people commit to stop this self-centered insanity and start trying to find a way to make this world a better place for ourselves and our children. Self-interest is killing our planet, our fellow man, our humanity.

Want to really change the world? Then how about we quit trying to do it at the expense of others.

I'm Jen, caregiver to the late, great Rumpydog and now to some rather pesky kitties. You can follow us on Twitter - @FineMellowFella and @HissyFitJones. And don't forget to LIKE our Facebook pages! Thanks!
View all posts by Rumpy's Kitty Siblings »
« When You’re Told Your Dog is Dying…
Oscars? Whatever… »

17 thoughts on “Conservatives, Liberals, and the Rest of Us”