Oh Dog! Time again for another edition of Hisses and Purrs. Each week Hissy Fit Jones and June Buggie share some good, and not so good, news in animal welfare.

You done had a bad day if you’re on the Hiss List!

Hisses to Shuanghui International for the purchase of Smithfield Foods, the largest pork producer in the US. Just as groups like HSUS were working with pork producers to make conditions more humane for pigs raised for meat, now they must negotiate with a company cited in China for feeding pigs an illegal substance that made the pig meat more lean.

Hisses to Angola, whose government is devising a seal culling program to combat what it calls the seals’ excessive consumption of fish. Activists claim the real reason for the cull is to sell products made from seal skin.

And now, for the good stuff! 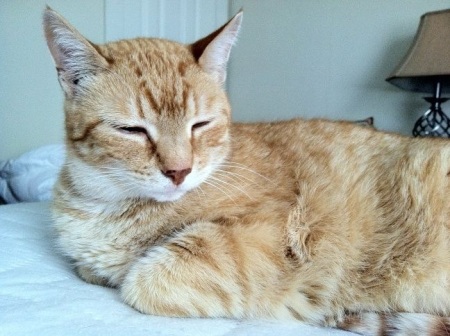 Way to go, you guys!

Purrs to the Change for Animals Foundation, Humane Society International, Animals Asia and Soi Dog Foundation for joining forces as  the Asia Canine Protection Alliance. ACPA is working to end the dog meat trade, and is focusing its efforts in Thailand, Laos, Cambodia and Vietnam.

Purrs to Singapore for working on an Animal Welfare Code that could be in place as early as next year. The law will set standards of care for companion animals. Hooray!

Purrs to Canada for working to ban the use of gestation crates with pigs. What’s more 84% of Canadians support phasing out their use! You have much to teach us in the US, Canada!

And purrs to Dr. Maria Renee Selaya, HSI consultant veterinarian in Bolivia. When she learned a government official in Viacha had ordered that stray dogs be poisoned, she met with the official and developed alternatives to controlling the homeless animal population. She provides spay/neuter services for the dogs as well as humane euthanasia for the animals that are sick or seriously injured.

Do YOU have any hisses or purrs to add this week?

I'm Jen, caregiver to the late, great Rumpydog and now to some rather pesky kitties. You can follow us on Twitter - @FineMellowFella and @HissyFitJones. And don't forget to LIKE our Facebook pages! Thanks!
View all posts by Rumpy's Kitty Siblings »
« Monday Memes!
Wordless Wednesday- Homemade Cookies! »

23 thoughts on “Hisses and Purrs!”