Gender Inequality and the Women Who Love It

Recently I overheard a conversation between two women in management talk about a promotional position one was interviewing for. The second woman told the first she was a shoo-in because she’s a pretty woman and “sex sells.”

Despite the fact women are graduating college at rates higher than men, we continue to earn less on average than men. And while we do get promoted to entry-level supervisory positions, we sometimes have to wait longer for those promotions, and we don’t go much further up the ladder when compared to men. That has an impact on our earning ability throughout our life, and on the money we have available after retirement. 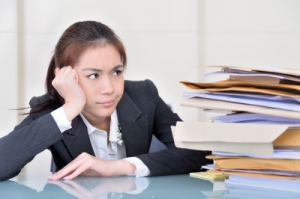 Photo by ShiroPhoto and sourced at FreeDigitalPhotos.net

It’s easy to say that it’s men who are holding women back, but the problem is more complex. The workplace has a culture and set of beliefs that can subtly, yet systematically, show favoritism toward men. It’s not just men who hold us back; women do it too.

So who are these women who are holding their sisters back in the workplace?

The ones who clawed their way up the ladder.  These are the women who stayed and fought to get that mid-level manager position they have today, and see no reason why other women can’t do the same. There are more men than women in her chain of command, and she earns less than the men in the same position as her, yet she doesn’t feel her gender has held her back in her career in any way. 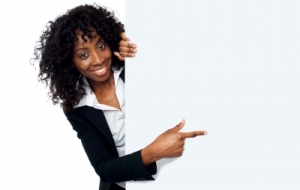 Photo by stockimages and sourced at FreeDigitalPhotos.com.

The Bible-thumping fundamentalists who believe men should rule ALL roosts, both at home and at work. These women believe women should be submissive to men in the workplace as they are at home. In their eyes, there’s nothing wrong with a man earning more than a woman because he has a family to support, while she either supplements her husband’s income or gets child support to make up the difference.

The gal who just wants to be one of the boys. She can be just as obnoxious as the old boys’ club, and therefore gets to hover on the periphery of their group. When other women complain of the boys’ club clique, they send her out as their enforcer, the female equivalent of Uncle Tom.

Little Miss Cutesy who sees nothing wrong with using her looks to get what she wants. Her mantra is you use what your mama gave ya, but she fails to see how her actions hurt other women today and her older, less pretty self several years down the road. 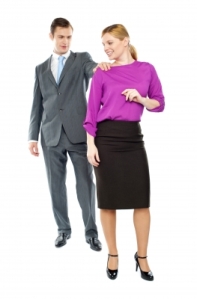 Photo by stockimages and sourced at FreeDigitalPhotos.com.

Gee, things were just fine until that uppity bitch started yelling about gender inequality! This is the woman who simply doesn’t want things to change, because if things change, then she’ll have to change as well. So shut the fuck up already!

Still think gender bias is not systemic? Then watch this video clip from Jimmy Kimmel Live. Especially pay attention to why the children don’t think we should have a female president.

These kids had to learn it somewhere.

So just how do we change gender bias in the workplace? I think you have to force it. Otherwise men will keep acting like they’re better than women, and women will continue to accept this line of thinking as just the way things are.

What subtle ways does gender bias rear its’ ugly head in your workplace?

I'm Jen, caregiver to the late, great Rumpydog and now to some rather pesky kitties. You can follow us on Twitter - @FineMellowFella and @HissyFitJones. And don't forget to LIKE our Facebook pages! Thanks!
View all posts by Rumpy's Kitty Siblings »
« Isaeli Politician Calls for Deportation of that Country’s Cats
NaNoWriMo With a Twist of Lemon »

13 thoughts on “Gender Inequality and the Women Who Love It”